Although I have lived in the SF area for over 20 years, I have never before watched fireworks over the Bay; Steve *thinks* he remembers doing it once in his 25 years here. Neither of us are really big on crowds, and we don’t think it’s a good use of our time to drive somewhere hours in advance to get a good spot to watch the fireworks. Plus, there are pretty good fireworks to be seen over the lagoon at the Marin County Fair on the years that we go, so it just hasn’t seemed all that pressing a need.

However, after going to Rigger’s Loft for the Far West Cider field trip I arranged earlier this spring, I started following their Facebook feed and happened to notice an event on July 3rd for watching the fireworks out of Point Richmond. It all sounded perfect: Limited admission meant a manageable crowd with adequate space for viewing the fireworks; food trucks; live music; and, of course, the cider.

With Steve agreeing, we bought our tickets for admission. They were a bit pricey, but included one glass of cider or wine each. The music from Andre Thierry and Zydeco Magic was great, although the warehouse effect on acoustics did make talking more difficult. My only real complaint with the evening was that the additional glasses of wine and cider were $10 each, which seemed high since the cost on normal occasions is $8 a glass.

That said, though, we had a very nice time listening to music, enjoying the cider, and talking about raccoons with Marie, who had joined us for the evening out. 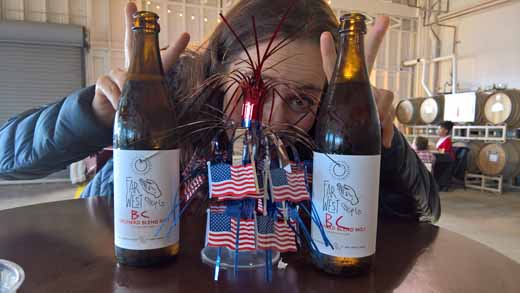 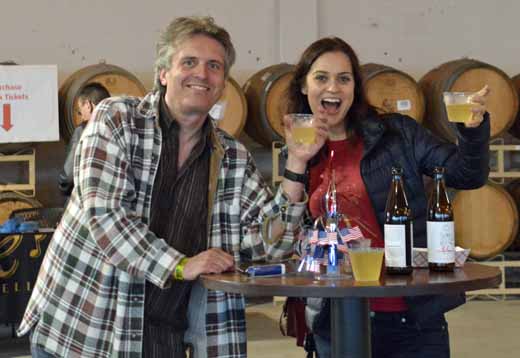 Marie looks like she’s raging exquisitely; Steve looks like he’s doing something between yelling and sticking out his tongue. He may need more practice… 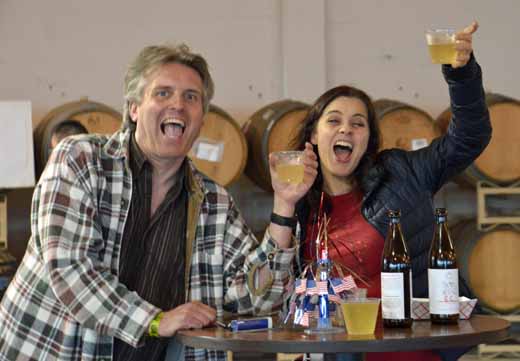 I had neglected to take any photos of the Red Oak Victory ship on our last visit, but I made sure to take some this time, with the sunset reflecting in the background. 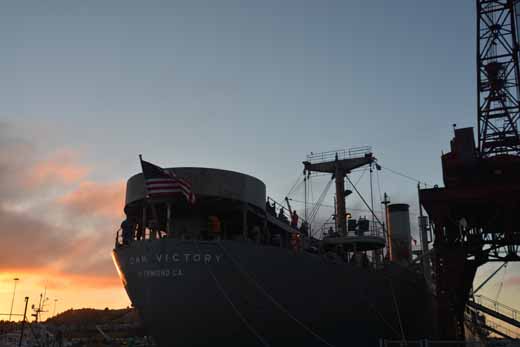 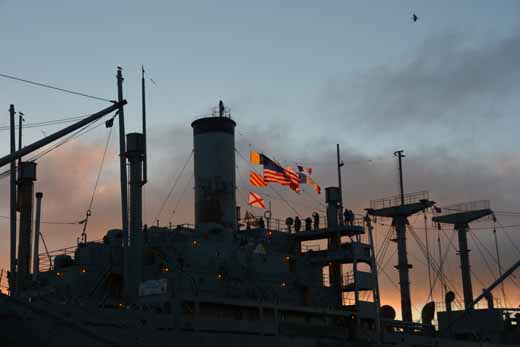 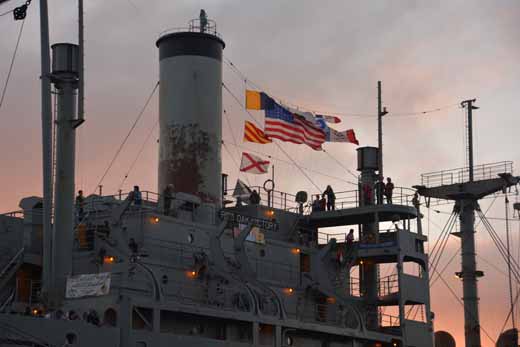 Finally it was time for the fireworks! Even with the low clouds (or fog), we enjoyed the display, oohing and aahing as the fireworks exploded over the bay 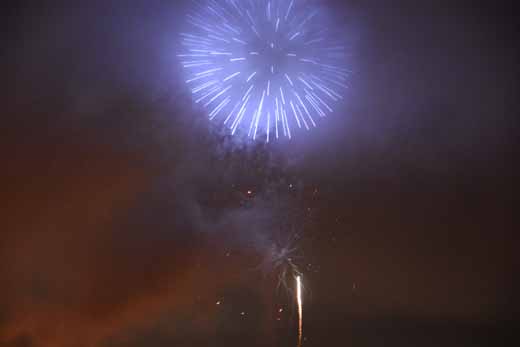 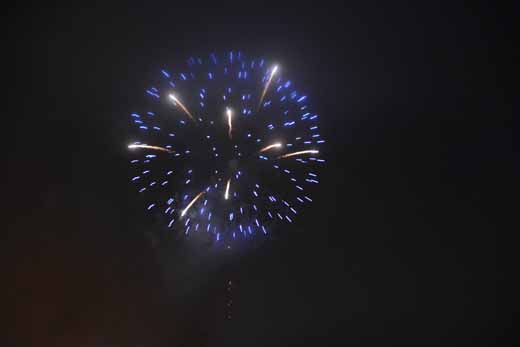 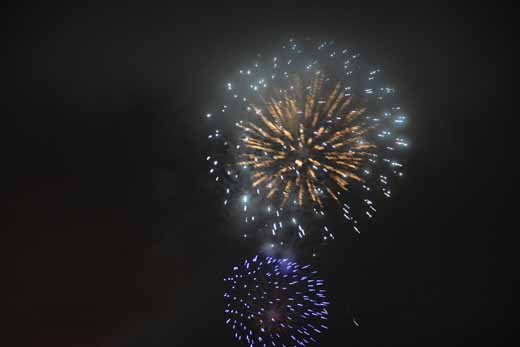 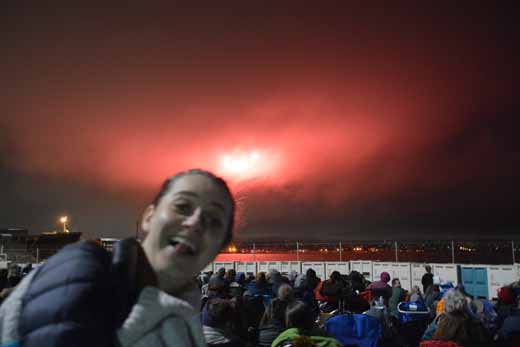 There was a brief photo bomb by a passing cargo ship; the crew took time out on the bridge to enjoy the view as well. 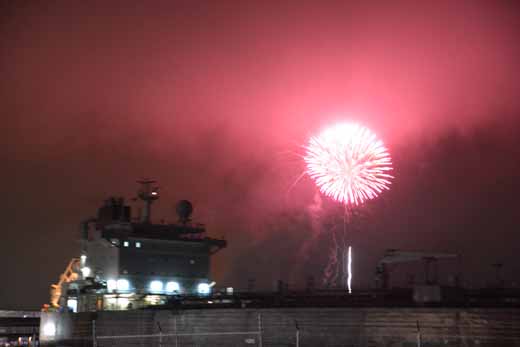 The grand finale was grand. 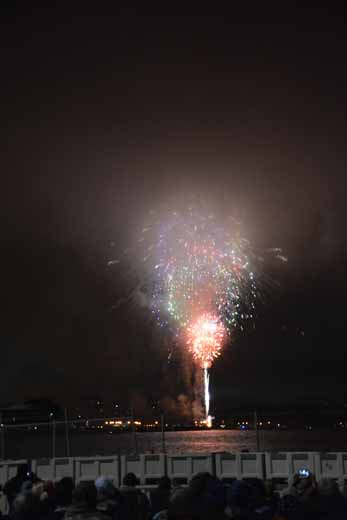 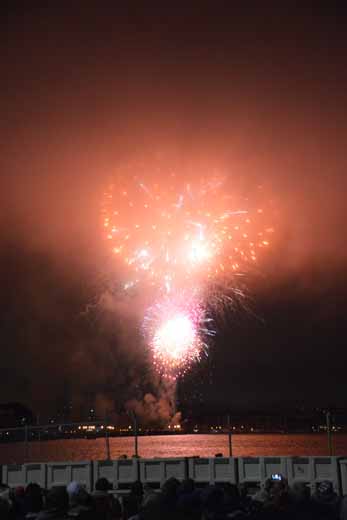 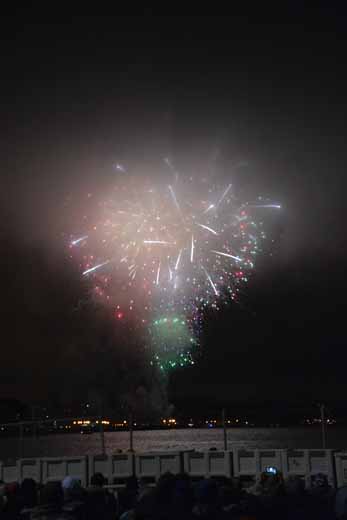 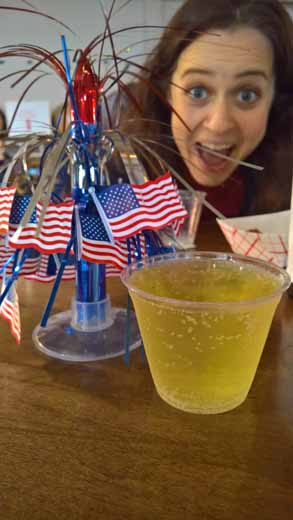