Dear President Obama,
Happy birthday! I admit that haven’t felt particularly inspired to “sign” the many different birthday greeting emails being sent around by political groups these last few days. Throwing my name on such a digital file seems fairly thoughtless. It seems Mrs. Obama agrees; her message this morning to share something about how I’m stepping up to be a better citizen seemed significantly more meaningful and I feel compelled to respond.

Inauguration Day was pretty tough. I think you can probably imagine how I felt. I know I could imagine how you felt, and it caused me great pain and generated a few tears that dreary Friday.

While I mourned on Inauguration Day, the next day I stood up and rallied, joining millions of other citizens by participating in a local Women’s March. I live in the San Francisco Bay Area, and there was no shortage of marches from which to choose, but my husband and I drove to Sacramento to participate in the march at our state capitol. That was a beautiful day, and I admit to having tears in my eyes again as I looked around at the tens of thousands of people with me, and watched photographs pour in from my friends around the country participating in their own local marches, all there with continued hope and love and support and as much humor as we could muster.

Shortly after, a friend gave me a copy of David King’s insightful book, Why Trump Deserves Trust, Respect and Admiration. I have used it to record my citizen actions ever since, as well as some of the funnier signs and slogans I’ve seen.

Since the election I have attended several rallies for healthcare, a Tax March, a candlelight vigil for refugees and immigrants, and three town halls with Representative Huffman, even standing up to ask a question at one. I’ve called in to OFA update briefings, MoveOn Ready to Resist calls, ACLU immigration updates, and myriad calls by other organizations. It’s a good thing long distance calls don’t incur extra charges on my cell phone, because I would have run up quite a bill over the last several months calling Senators Feinstein and Harris, along with Representative Huffman. This coming Monday, I plan to attend a public forum at our City Hall to encourage our mayor to support California’s “Sanctuary Cities” bill (State Senate Bill 54).

These have been some of my daily acts of citizenship. I do these for myself, because I need to push back against the change of direction our country has taken. I do these for my friends, some of whom are threatened, scared, and feel helpless. I do these for all my fellow citizens, no matter how they voted, because I think we ARE stronger together. I do these for my country, because I want us to demonstrate that strength, and I have high expectations that we can do and be better. And I do these for and because of you, as I remember the quiet strength and dignity you showed, not just on that stage on Inauguration Day, but throughout all of your 8 years serving our country as President.

Thank you and happy birthday,
Anne 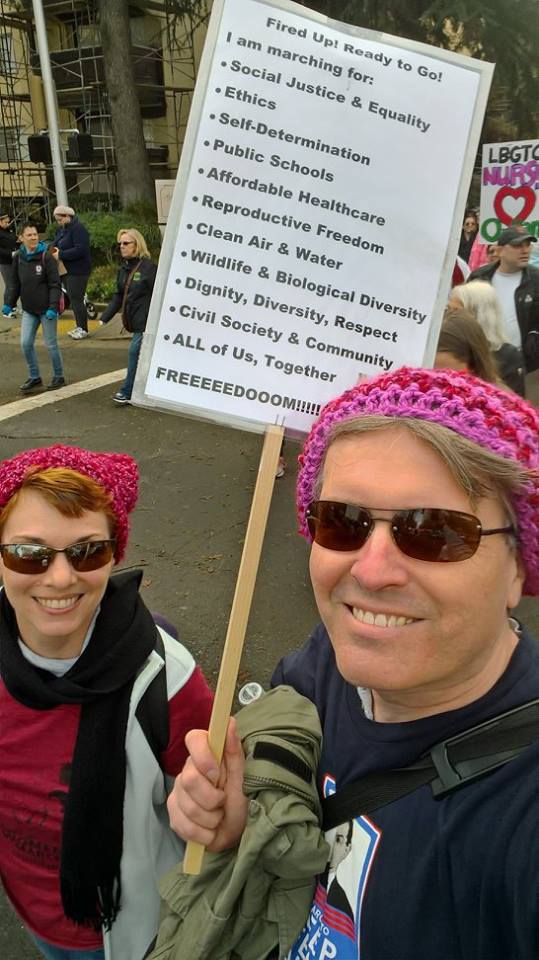